Directing traffic to your booth 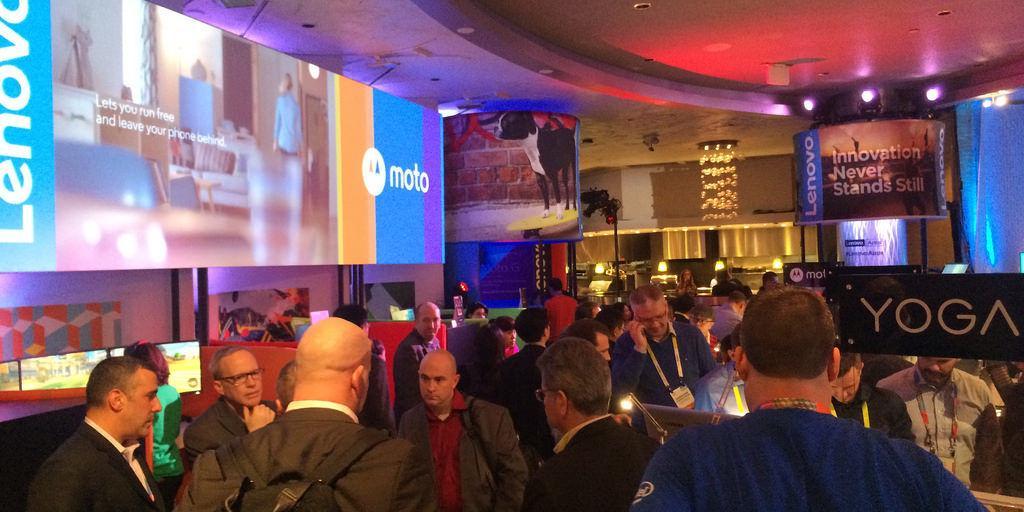 For any company exhibiting at a major event, preparation is of the utmost importance. After all, you are trying to make a lasting impression on both new and existing customers. Marketing, at its core, is a way to garner attention and at these high calibre events being seen is the real battle.

Making noise
People are easily distracted so it can be a major challenge to entice and draw in potential customers. The annual Consumer Electronic Show (CES), for example, is a celebration of distractions with some 3,400 companies trying to entertain 170,000 attendees. That’s the capacity of two Wembley stadiums. At such a massive event, how can you stand out from the crowd?
Proving yourself on the grandest stage
CES is like a proving ground for marketers. If they can successfully get business at an event of this magnitude, then they can get it anywhere. It’s interesting to see some of the techniques companies use to get the upper hand.
Demo’s and sales robots
Many companies let their products do the talking with live demonstrations. At CES, there were drones of all shapes and sizes, VR and 3D printing. While showcasing products is effective, some companies took it to the next level. BEAM Robotics videos featuring a sales robot broadcasting another sales person from separate location, were already novel enough to entice consumers onto the booth. This replaces the tired product manager with a refreshed sales person. Here is an example taken by PINE64.
Rare and common
Illuminate the path to your booth with a 3D holographic sign depicting a product or advertising your firm, the futuristic display will bring any person with the power of sight. Kino-mo Ltd showcased their products through 3D holographic images.
Cash in on some entertainment
Start a flash mob, in a business sense. Draw attention with celebrities or talents that can draw an audience. Intel conducted a keynote which included acts from Cirque du Soleil which brought in a capacity audience. Another example is Gibson, who had an epic display of guitars as well as a line up of artists/bands to attract attention well depicted in this video by PIXELL.
Social media and giveaways
Use your social media pull. Large screen displays of a live twitter feed or Facebook commentary gives your audience a voice. Offer prizes and freebies. At Digital First last year, Oracle was giving away smoothies to everyone who visited their booth and it worked. At any major event, we all need to refuel, so having food or drink on your booth is always a great idea.
Never stop planning
This takes me back to IBC last year where you could see that a lot of thought and imagination had gone into designing the most attractive and diverse booths. More importantly you could tell that they were designed far in advance.
So why do so many companies leave their marketing communication to the last minute?
The preparation for major events should be a year long cycle. The marcom team’s job does not finish after the event, it starts. From following up with contacts to planning for the next one. These plans will reflect the reaction to the previous booth and how you can improve on that next year, because you’re not only presenting to the 170,000 visitors you’re also presenting to a global audience by producing blogs, videos and updates about the event and about your company.