Leaving hospital can be scary 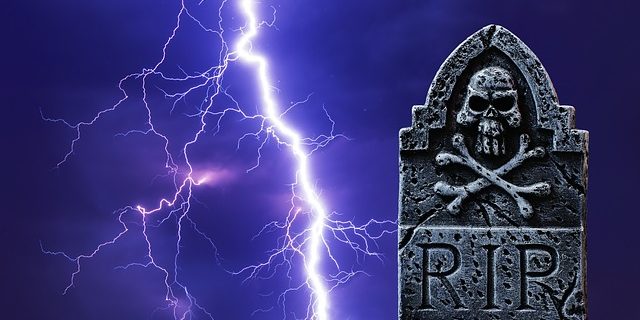 Three years ago today, I went into cardiac arrest. Fortunately, I was in the best place possible for this to happen: The Cardiac Care Unit (CCU) of my local hospital. I had been there for four days because a common-or-garden virus had attacked my heart. Apart from some worrying chest pains (are there any other kind?) that had caused me to go to the hospital in the first place, I actually felt fine and I didn’t really believe it was anything serious. That is, until I talked the nurse into letting me have a shower and ended up going into ventricular tachycardia.

Thankfully, I was hooked up to all the necessary monitors, and the doctors and nurses were already on their way before I was aware of a problem. They were able to shock my heart back into a normal rhythm first time and there have been no major consequences (though I do still take medication and have had an internal defibrillator implanted in my chest).

For me, the scariest part of this whole story was the first night at home after I was discharged. After the cardiac arrest, I spent another 10 days in hospital, at first in the CCU and then in the standard cardiology ward. All this time I was surrounded by trained healthcare professionals and under constant monitoring. In the CCU I was permanently attached to a multi-parameter wired monitor connected to the nurses’ station and in the standard ward I always wore a portable cardiac Holter monitor that wirelessly fed back data to the CCU and the ward nurses.

Both these systems were quite restrictive. With the Holter monitor, I had to stay on my corridor to avoid going out of range. With the wired monitor, I was limited to my bed and the chair next to it (that’s why I begged for a shower after four days, which may have played a role in my cardiac arrest – last time I argued with the nurses that stay!).

But as restrictive as the monitors were, they were also a huge psychological safety blanket for me. If anything did go wrong, I knew medical help would be there in seconds. That first night in my own bed, there were no monitors and no trained professionals nearby. Just my partner, and how would she be able to tell if something happened while she was asleep? I knew the doctors wouldn’t have discharged me if they thought there was a risk of anything happening (I hadn’t had any other incidents during my stay and all the tests said my heart was back to normal), but that doesn’t convince your subconscious. Let’s just say it wasn’t the most restful night I’ve ever had.

Of course, nothing did go wrong and everything is fine. But the fear that night was real. And there were other nights too when I had to convince myself that the little pains and flutters I thought I could feel in my chest were just psychological.

Which is why I was so excited and even a little bit emotional when I came across FibriCheck a year later at an imec Technology Forum in Antwerp. Developed by an imec start-up, FibriCheck is an app that can detect irregular heartbeats using the camera on your smartphone.

Now FibriCheck wasn’t designed for my specific fears that first night out of the hospital: as I understand it, it focuses on recurring arrythmias such as atrial fibrillation rather than acutely life-threatening issues such as cardiac arrest. It would also have required me to put my finger on my phone’s camera so isn’t suited to situations that cause you to lose consciousness.

But it does offer two features that would have been very reassuring that night. Firstly, it gives you instant, accurate feedback on your heartrate, so you know that nothing is seriously wrong. Secondly, it automatically shares data with a medical professional who can make an informed diagnosis.

As I said, FibriCheck wasn’t specifically relevant for my situation and so I have never used it. But there are many other organizations working on bringing medical-quality monitoring data into the consumer setting. For example, one of our long-term clients Holst Centre has for many years been working on wearable ECG devices and health patches for that exact purpose.

Such a device would need to connect to your mobile phone for immediate reassurance. But more crucially, they would need to be backed up with a, presumably cloud-based, system that constantly monitors the data stream and automatically alerts the emergency services if something does go wrong.

Intellectually, I know that I didn’t need such a system on medical grounds – the doctors wouldn’t not have discharged me had there been even the slightest risk. But going from constant monitoring and medical support to none is, psychologically, like falling off a cliff. Having the support of some connected home monitoring could have eased that anxiety. If nothing else, I wouldn’t have spent the first night constantly trying to check my own pulse.