A good story is a simple story: for instance: “EU bans harmful pesticides”. As a headline, it’s clear, direct, and for a lifelong environmentalist like me, it sounds like a good thing. The trouble is, there is another side to the story, one with serious consequences for climate change. This shows that telling a simple story is never quite so simple. And that when we seek to protect the environment, we need to think with our heads as well as acting from the heart. 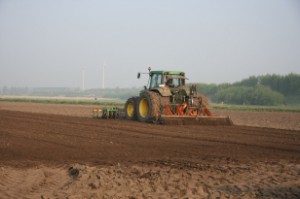 Actually, in the interests of accuracy, I should say that things already start getting complicated here, because it’s not actually a ban. The legislation is all about a new way of authorizing these chemicals for use when their current authorizations expire. (That’s another part of the story, outlined below if you’re curious).
But let’s get to that twist, because it’s a big one. Limiting the use of pesticides – which on the face of it seems an environmentally friendly decision – could drive up greenhouse emissions. And not just a little. According to some calculations the increase could be large enough to put a serious strain on Europe’s aim of reducing emissions by 20% by 2020!

This is not a scare story from vested interest groups. Dr Rob Carlton of Carlton Consultancy, an independent specialist in ecology and land management, has taken a close look at the numbers. 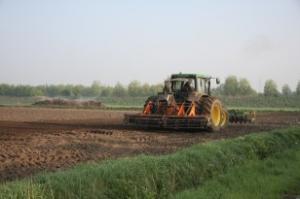 The loss of so many pesticides is bound to have an impact on crop yields and quality. As more land is farmed to make up the short fall caused by reduced yields, emissions will rise dramatically, due principally to losses of organic carbon from newly cultivated soil.
This additional cultivation will also increase the use of fertilizers and fuel, further contributing to emissions. The potential impact is enormous.”
In short, there is a huge quantity of carbon locked away in the soil. If we have to use more land to grow our food, we unlock that carbon and a large portion goes into the atmosphere as carbon dioxide.

Is this what the MEPs intended? I’m sure they didn’t. They’re applying the precautionary principle. If there’s a suspicion of potential for harm from certain pesticides, even if there’s no proof, we should avoid using them.
They’re changing from what’s called a risk-based system to a hazard-based one. Think of it this way. Getting in the way of a speeding train will kill you. It’s a risk, but you can limit it to almost nothing. But nonetheless, speeding trains are a hazard, so if you want to be absolutely sure no one comes to any harm, you could simply ban them altogether.
In future, when pesticides come up for authorization for use, they’ll be assessed on whether they are a hazard, not on whether the risk from using them is acceptable or not.

Not so simple after all 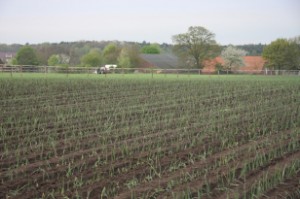 I haven’t touched on pesticide use in developing countries or on how pesticides impact bees – which are crucial to pollination of many crops. Nor what the ban could mean for railway companies that keep tracks safe by clearing weeds; or all sorts of other surprising and lesser known uses.

I believe we should all be passionate about climate change and sustainability. And we need simple, powerful stories because they drive action. But as the pesticides regulations show, the underlying issues are complex and not all decisions have clear-cut outcomes. That’s the challenge for policy makers – and for storytellers like us as well.