Gamification – A win-win scenario for businesses? 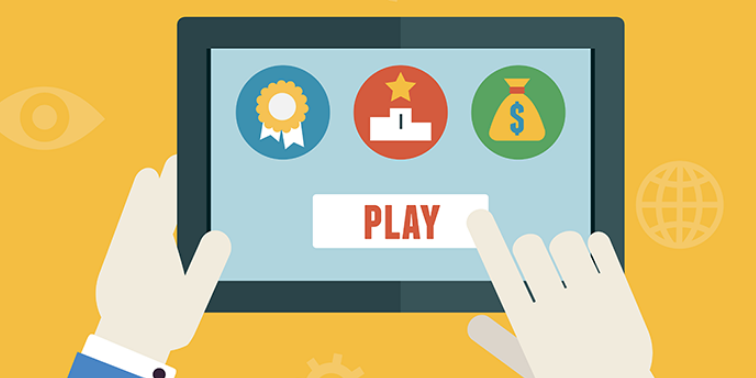 Last year, the latest Call of Duty (CoD) video game sold an estimated $500 million copies worldwide in its first 24 hours. That means, CoD: Black Ops II grossed more in one day than most Hollywood’s blockbusters do in total. As gaming is now a multi-million dollar business, more companies are employing gamification – adding gaming mechanics to ordinary experiences to make them more engaging. This type of on-going engagement could prove pivotal. However, are communication professionals making the most of this new opportunity?

Like many in my age demographic (20 something male), I myself am a gamer. It offers me escapism from the stresses of everyday life and can be social through online multiplayer gaming. Also, games offer a sense of achievement – such as completing a challenge – that isn’t possible in other forms of entertainment such as literature, films or music.

There used to be negative connotations linked to gamers and the video game industry. But the stereotypical view of the adolescent male sitting in a dark room playing on a console or PC is (slowly) diminishing. The Entertainment Software Association (ESA) figures for 2012 showed that in the US, 47% of gamers are now female.Movie Fifty Shades Darker (2017)Watch movie online Logan (2017)

Other research has shown that gaming has health and cognitive benefits. Some obvious advantages include improved dexterity / eyesight and faster response times. Others are more surprising such as: pain relief, weight loss, increased self-esteem, fitness, improved social skills and general learning. Also, game developer and researcher, Jane McGonigal, showed how gaming can improve the human psyche, helping to alleviate depression, anxiety and even chronic brain trauma.

Some companies have already seen the benefits of gamification. Kiip, a relatively small technology startup company, created a platform for Starbucks, rewarding mobile gamers with real-world prizes such as gift cards for in-game high scores or other achievements. This model gives consumers an opportunity to play games they enjoy while testing products and earning rewards, instilling brand loyalty. And, according to Business Insider, could potentially revolutionize the future of mobile advertising.

These USPs and the explosive growth of smartphone and tablet applications have caused many businesses to revaluate their marketing communications strategy, using gamification to facilitate their message and implementing it into future B2B and B2C campaigns. A study conducted by the US analysts Gartner predicted that by 2014, 70 percent of the 2,000 biggest organisations will have at least one “gamified” application, be it through their homepage, Facebook page, internal / external newsletter or dedicated mobile app.

Games are now ever present on the internet – being the second most popular activity after social networking – and there is no sign of this slowing down. According to Google Trends, interest in creating games out of mundane tasks has grown steadily since the start of 2011. So all companies with an online presence should adopt a form of gamification, and here are a few pointers from an avid gamer.

Focused and appealing — identify with your target audience

First, make sure you have a clear, achievable goal in mind and that your game appeals to the target audience. Are the message(s) / campaign(s) intended for internal or external use? For example, a campaign based on promoting a new product portfolio might adopt a collect & trade game mechanic for children – similar in principle to the Panini sticker album. The modern equivalent, for example, is Pokémon (there’s a reason why it still is such a phenomenon!). However, the same mechanic might not work for mid-level executives. Perhaps a team game or one promoting achievements through a leader board is more appropriate, increasing participation, creating competitiveness in the office and offering kudos.

Playable and user friendly — have decent game mechanics in place

Once that has been finalised, the actual design of the game should be up to scratch. There is nothing more frustrating than investing time and effort into a game that is fundamentally flawed. If a game wrongly penalises the player, has unclear instructions, or is buggy the player will not want to devote anymore time continuing. It can even dilute the actual message you are trying to promote, decreasing brand loyalty and tarnishing a company’s reputation in the future.

Fun and engaging — is it enjoyable?

While gamification concentrates more on engagement than gameplay, you’re more likely to keep your audience attention if the game is fun. That’s the main reason people play games in the first place. Make sure your game strikes the right balance.

The video game industry is now worth around $60 million in terms of revenue with forecasts from PwC suggesting that video games will outpace other conventional, mainstreams forms of entertainment like movies and music. The success of CoD shows how mainstream video games have become. And with major corporations like Warner Bros., Comcast, Intel, Marriott, Playboy, Ford and Adobe using gamification in their online messaging, games are now serious business.

It’s no longer the hobby of nerds, geeks or other socially inept individuals stigmatized by society. The sooner companies realize this, the better…