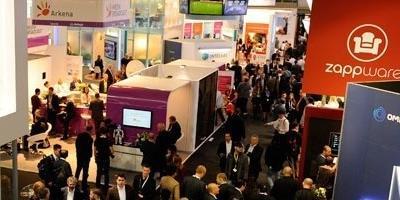 As a young upstart just out of university and working my first job, I was not prepared for the scale of IBC 2015. In my other blogs, I have mentioned I’m from a small seaside town. The best convention we have there is a flea market at our local leisure center which pales in comparison to the magnitude of the International Broadcasting Convention hosted in the capital city of the Netherlands.

(Visiting our friends at Omni Remotes, image taken from www.ibc.org)

IBC – the broadcast industry’s meeting place for discussions, networking and doing business was incredible. It packed out the majority of the RAI in Amsterdam with companies eager to display their next big thing to a global audience. As far as broadcasting is concerned IBC is the main event, that’s why everybody from Barco Silex, to Samsung was there – to be seen, by both client and customer.

No expense spared
The RAI was flooded with booths; some of which were eye catching and enticing drawing you in with their bright and alluring glow. You could tell that the companies went to a lot of trouble to deliver their message. Marketing and brand identity in particular plays a major role, here. Many companies used taglines; some took the poetry and prose route which got a reaction. Sony had an entire section to themselves where they showcased the latest technology and held presentations and seminars to educate the press and the public.

What’s trending?
There are many trends in the broadcast market, and on my travels around the booths a pattern was emerging. Resolution was playing a key role. Samsung were showing off curved UHD TV’s and many more companies were showing off 4K TV. I myself have only been exposed to 4K at the cinema and 1080p when watching anime or movies at home. I was sucked in by the ultra-sharp images. But there were still many discussions on how 4K isn’t quite ready yet especially with satellite or cable providers as there are no 4K channels being broadcast and no installed base of STBs that can decode them.

No end solution, only innovation
So imagine my surprise when I see companies promoting 8K resolution. That would mean double the pixels but with the introduction of 4K still to happen, surely the 8K revolution is far from ready to be brought to market. Watching the collision of these two concepts, gave me a dark insight into the technology world. ‘There ain’t no rest for wicked’ you can create the next big thing, but it doesn’t end there. The next day you start a clean slate and find something that can exceed those expectations. Working with that mindset must lead to burnout very quickly.

Content and toys
Another trend is the rise of over the top networks; it’s the new way for people to view content. Netflix, Hulu and Fuji TV just to name a few are all successful in their respected countries. OTT’s however are becoming more sophisticated, with companies like Netflix creating their own content and providing it to their already loyal fan bases.

And yes, there was a drone zone at IBC. But the weather wasn’t kind to us so we didn’t get to see any in action. However we did get to see one on the Atomos stand. We found out that drones are becoming more accepted in society, especially since air traffic laws have been altered to cater for drone activity. Drones are always at the forefront of controversy because of their obvious affiliation with the military. However, we got to see a different side to drones, the showbiz side. Drones can bring about improved cinematography to the film and TV industry or deliver a bird’s eye view of a sports event. The use of crane shots can be utilised with a drone in a more green and cost effective fashion. Battery life is still a drone’s major drawback; but it’s just a matter of time until they can fly for hours on end. I recommend you check the credits for your favourite new movies as they probably used drones.

I had a great day at IBC and gained a lot of insights into the broadcast market. It was an amazing experience and I can’t wait to go again next year.