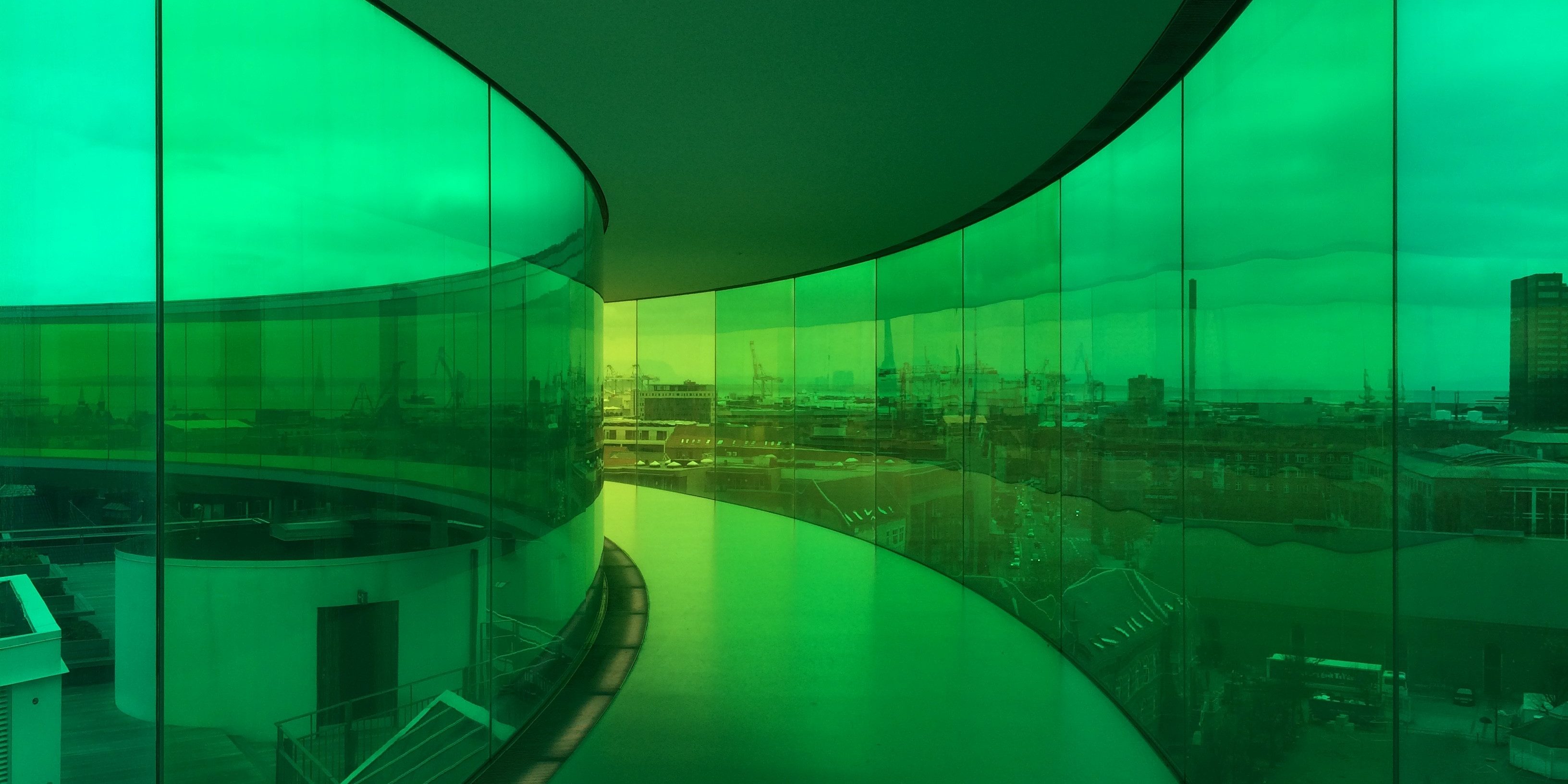 Becoming part of the art at ARoS in Aarhus

What is the difference between a good product and a great one? What makes the mediocre, magical? These were some of the thoughts that ran through my mind during the Creativity World Forum 2017 in Aarhus, Denmark.

As someone with a technical background, I appreciate function. I want it to work well, whether it is the latest smartphone, office building or public transport network. But, and this is a big but, like pretty much everyone else I also want it to look good. When it comes to smart phones, Apple is the king and patent battles have been fought over the curve of the phone’s case. My engineer head finds that frankly ridiculous! But, having been made aware of the impact of beauty in a design, mostly by the great keynote by Stefan Sagmeister on the first day of the CWF 2017 event, I now at least understand why they would want to patent this particular design feature.

I also have to admit that beauty was a major factor in the recent choice of a new location for our office. Several places we looked at met our requirements, but we ended up choosing the location which also looked the best and had the right vibe.

That vibe brings me to the second thing that was running through my mind at CWF 2017, empathy. That instant connection you feel when you are with other like-minded individuals. When you find your ‘tribe’. At CWF 2017, it was creatives connecting with creatives, regardless of whether they were artists, designers, or engineers. We were all on the same wavelength and that was both inspiring and energizing. I am especially grateful to Koen Snoeckx and the rest of the Creative Ring team who took me under their wing at the event and made it even more fun and inspiring with visits to the Institute of X and the ARoS art museum.

Finally, how is it that we can dream up and build beautiful things? To be able to come up with new ideas we need creativity. According to Peter Lund Madsen, it was our ability for creative thinking that gave us the edge over Neanderthal man. And Vivienne Ming believes that we ‘bags of meat’ need to work on being even more creative. Because when robots take all our jobs, what else are we going to do?