Traditional media: not dead yet? 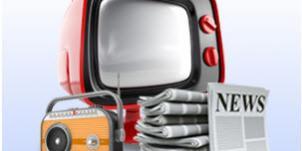 For a few years now, people have been predicting that digital would be the death of traditional media. But are newspapers and TV really on their last legs?

Certainly, there is a reason for traditional media to worry. Print newspapers and magazines are facing declining sales as more and more readers get their news online. For example, according to recent figures from the News Association of America, while overall newspaper circulation figures increased slightly in 2013, most of this growth came from digital subscriptions with print accounting for less than 55% of subscribers for the top 15 newspapers.

And for TV, viewers are increasingly choosing to watch streamed rather than linear content, as they have more control over what they watch and when they watch it.

There have been a number of reports in the news this year about journalists plagiarising content including a news editor at CNN, a journalist from the Independent and even some of the Flemish newspapers websites. This raises a couple of questions:

To answer the first question, I believe there is still room for multiple versions of an article. It is always possible to highlight a specific aspect of a news item or give an opinion on something that happened. Newspapers could even just become curators of the news, publishing articles drawn from a wide range of sources rather than just from the journalists that work for them. Of course, with clear attribution to the original source. Then, as now, we would follow the newspapers that provide us with articles that best match our views and interests.

Regarding the second question, it’s the same issue that all companies face when dealing with digital media: control. If the newspapers are just curating content, they no longer have control of the message. The real opinion-makers become the journalists and bloggers. Are they really willing to stand up for their opinions? And are the newspaper companies willing to let them?

Let us watch what we want

For TV, the biggest challenge from digital is that it lets us watch what we want, when we want to watch it. I am a big fan of science fiction and get really frustrated having to wait a couple of years for the latest US shows to make it to Belgium, if they make it here at all. The on-demand catalogues from the Belgian cable providers are getting better, but there is still a long way to go.

So I was very happy when Netflix finally made it to Belgium. Now I can watch what I want, when I want. And it seems I am not alone. According to figures online, Netflix France attracted over 100,000 subscribers in its first two weeks. Unfortunately, content is not as up-to-date as I hoped, so I am still running at least a season behind the USA. However, I can finally watch the shows when I choose and not when the broadcasters decide to schedule them. And all without needing a recorder to time-shift the shows I want to see. Broadcasters need to look to their fixed programming schedules and adapt their offering to what the viewers want or they will lose out to Netflix and similar web-based services. And they need to do it soon.

During a panel discussion on this topic earlier this year at the Phare Conference 2014 in Ghent, it seemed that the participants all agreed that newspapers and TV were all but dead. But, I couldn’t help thinking about the ‘Bring out your dead’ sketch from Monty Python and the Holy Grail. In the sketch it turns out a body being thrown on the cart is ‘not dead yet’. So are TV and newspaper companies already ‘on the cart’ or do they still have time to change? I believe they do, and some are already taking big steps with digital news services and on-demand TV content. But time is running out.