HoloLens – mixed reality is all about perception

You are here:
Health & Bio Tech 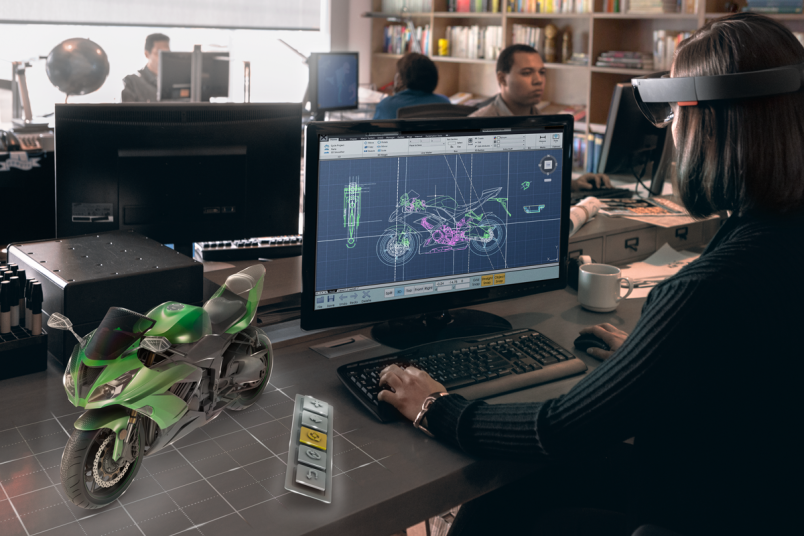 I recently attended a ‘Campus New Technology Seminar on Future IT’ at the High Tech Campus Eindhoven. The primary reason for going was not the ‘Data Security’ talk, which was interesting, but to get a chance to see and hear about Microsoft’s HoloLens. Now I freely admit I’m a tech geek, and getting the opportunity to see or play with new tech always interests me.

However, I did have some concerns when during the demonstration I heard the word ‘stereoscopic’. Not because of some scare stories touching on neurological damage from extended use of 3D virtual reality devices. But literally because of how I see the world. That’s because I have amblyopia (or a ‘lazy eye’), which means that the brain for some reason does not fully acknowledge the images seen by the amblyopic eye.

Under ‘normal’ circumstances this isn’t an issue, but when it comes to stereoscopic content then it is. For example, I don’t ‘see’ the 3D effects when I’m watching a 3D movie, but I still need to wear the 3D glasses just to see a ‘normal’ 2D image. Or to try to explain it more simply, when I use binoculars I only see the image my brain creates from the data my ‘dominant’ eye provides. In effect, I’m better off simply using an old-fashioned nautical telescope.

So would I be able to see a 3D holographic image generated by the stereoscopic displays on the HoloLens. The demonstrator’s answer, why don’t we try and see. To my genuine and pleasant surprise, it worked. I could ‘see’ the holographic person projected in front of me, and I was able to wander around him, reach out and ‘touch’ him (apparently everyone tries this). Yes just like with binoculars my field of vision was limited to a single screen of the HoloLens, but this didn’t appear to be an issue in terms of seeing and interacting with the holograph.

Whether this is due to my brain being used to drawing additional depth estimation data from a monocular perspective I’m not sure. But unlike 3D technology, I’m really looking forward to seeing mixed reality technology becoming mainstream.

For more of our thoughts on augmented and virtual reality, check out our continuing series of blogs on this fascinating technology.