You are here:
Health & Bio Tech 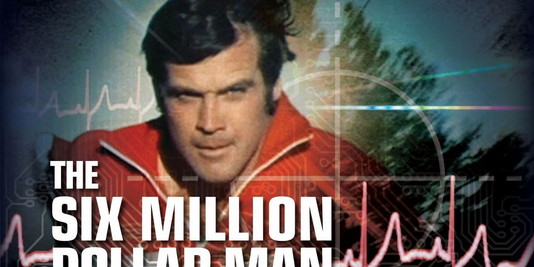 As a kid I remember the TV show ‘The six million dollar man’. Bionic legs let him run at 60 mph, a bionic arm gave him superhuman strength and a bionic eye gave him telescopic and infrared vision. But Steve Austin didn’t choose to have these cybernetic replacements installed. He was injured in a crash and was ‘rebuilt’ with cybernetic replacement parts.
In recent years there have been a lot of developments in artificial limbs and replacement organs like artificial hearts. But these still are only considered for use to replace an existing one when the original limb or organ is damaged or failing. But what if these limbs and organs were better than our natural ones? What if you could get bionic legs that would let you run much faster than those made of flesh and bone?

Unfortunately, most of the devices available today are not really any better than their flesh and bone counterparts. At least not enough to consider getting the real thing replaced. There are some interesting developments such as the HULC exoskeleton from Lockheed Martin. Okay it is still an exoskeleton but it does allow soldiers to carry heavier loads for extended periods of time. And during the 2012 Olympics there was a lot of discussion on whether South African runner Oscar Pistorius’ prosthetic running blades gave him an advantage over normal runners.

Six million dollars was a lot of money in 1970s. At today’s prices that would be something like 30 million. So out of most people’s price range. And a quick Google search reveals that the price for a real prosthetic hand can range from several hundred of dollars to tens of thousands, so still not cheap. And that’s just the price of the hand. You still have to consider the costs of the surgery to get the natural one chopped off and the new one fitted.

Whether it’s a simple prosthetic or a more advanced cybernetic replacement, the fact is that most replacement limbs just don’t look pretty. One of the best looking real prosthetic hands that I have seen is the i-limb ultra from touch bionics. And then there is the Immaculate concept arm from Hans Alexander Huseklepp, but this just seems to be a design concept, not a functioning bionic arm.

Even if we get past the price, functionality and looks are we still willing to cut off bits of ourselves in favour of better ones? Say I could get a pair of cybereyes for the same price as spectacles that would give me perfect normal vision, infrared night vision and 8x zoom. Would I be willing to have my real eyes scooped out? I’m not sure. What about you?