Growth in excess: The chemical industry in Antwerp 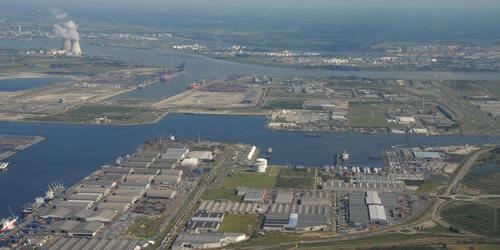 There are many places throughout the world that demand attention, whether it’s the seven wonders, Glastonbury or the homes of influential people. I’ve been working in Antwerp for nearly half a year and I have learnt a lot about this resilient city, the folklore, the fashion industry and the diamond exchange. But I can honestly admit that I have been ignorant. I knew there was a chemical industry based on the port of Antwerp, but I had no idea of just how large and successful it was.

An asset to Europe
While the chemical industry is global; Antwerp hosts the largest chemical cluster in all of Europe. This is due to the ongoing availability of raw materials and efficient logistics. One of the main reasons for this is that Total, ExxonMobil, IBR and ATPC all have refineries here that produce fuels and deliver raw materials for chemical production.

The big leagues
Over 20 major companies including the largest chemical producer in the world BASF conduct their business on the Scheldt. The BASF plant currently produces 180,000t/y of benzene, making it far bigger than the other BASF plant, situated in its home of Germany. Seven of the top ten chemical conglomerates from all over the world along with BASF perform operations in this region, making this a major stomping ground for the bigwigs.

How it all began
The origins of the chemical cluster began following the Second World War. The port of Antwerp wasn’t completely destroyed, unlike many others all over Europe. This prompted the Belgian government to initiate a ten year plan involving the construction of industrial complexes. Thanks to continuing high demand the port has been expanded several times to ensure the optimum capacity for many more companies. This in turn has helped increase the speed of growth.

The chemical community
The cluster effect within the port has promoted a sense of community amongst the oil and chemical companies. They share utilities, services, products, production processes and manpower, making for both a cost and energy efficient relationship. This high level of integration and diversity throughout the value chain of chemical players in Antwerp is unique. There is competition, yet no one wants anyone to fail.

Cementing the legacy and looking to the future
The development of home-grown talent is important. There are 15 universities in Flanders and the Netherlands that focus on chemistry and materials sciences and five of those universities rank in the top 100 in the world. These universities provide innovation labs and five star research facilities for the students get the most out of their studies and prepare them for a future in the industry. Specialised personnel are welcomed from far and wide to work in/at the port – and more importantly on sustainable innovations.

Government approval
Chemical companies, as well as the government, have invested billions into the port of Antwerp. It has been deemed an industrial hotspot due to its convenient location and multi-functionality. It is the only central seaport in Europe and has connections via waterway, highway, pipeline and railway to France, Germany and the Netherlands.

Success no matter the odds
Due to the success and ongoing growth of the industry courtesy of the port, the Flemish government of Antwerp recognise the chemical industry as a strategic sector. The chemical industry has received continuous support from the government due to an all boom and no bust period despite a globally erratic economic climate. When you think of Antwerp, don’t just think about the glitz and the glamour; think about the growth juggernaut that is the largest chemical cluster in central Europe.