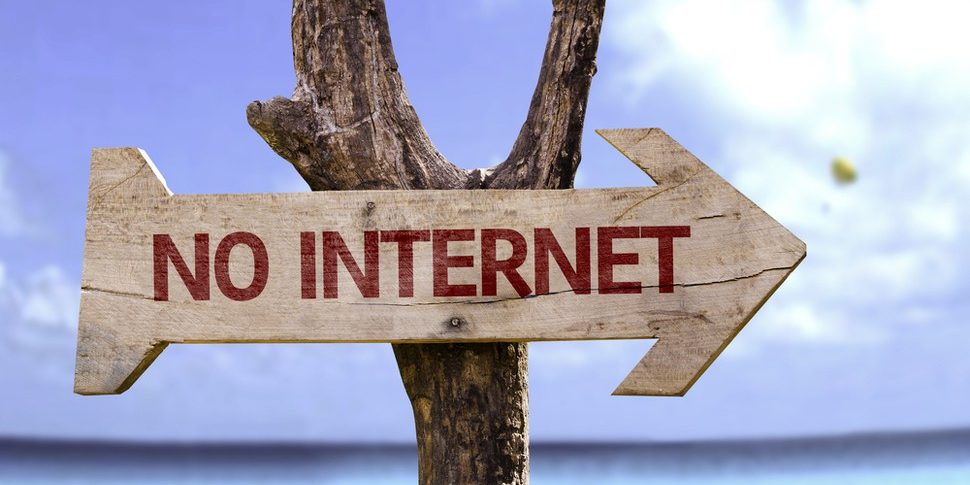 United Kingdom regulatory body Ofcom recently published its 13th annual Communications Market report. Unsurprisingly, the availability of internet access is still rising, as is the quality of the connections. What caught our eye, however, was the fact that one in four people admitted to having texted a person who was in the same room. Furthermore, one in three adult internet users (34%), equivalent to 15 million people in the UK, has sought a period of time offline. Over one in ten of these people (11%) did so in the week before they were interviewed.

This “digital detoxing” is supported by a variety of methods, ranging from vacationing in places with very limited or no internet access (the Scottish Highlands and Islands spring to mind), over groups of friends stacking their phones in a pile when they convene in real life, to bars purposely blocking mobile and Wi-Fi signals on the premises. Comedian Dave Chappelle also seems to be a proponent of this idea, as he partnered up with San Francisco-based startup Yondr in early 2015. Yondr makes phone socks equipped with smart locks, in order to keep performance venues free of smartphone use.

While the trend is definitely on the up and up, the results are mixed; 33% of interviewees said they felt more productive, 27% found it liberating, while a quarter (25%) expressed an increased enjoyment of life. On the other hand, 16% experienced a ‘fear of missing out’ (FOMO), 15% felt lost, and 14% ‘cut-off’.

Off-line, out of mind?

There are several ways to look at this phenomenon. While some might point and wag a finger at the technology, we take the view that technology in itself is neutral and that people hold personal responsibility for their actions. So, what could explain the fact that phones, essentially tools that enable communication while not in physical proximity, are still being used to communicate when the other person is in the same room? Or why, in a fast-paced globalized world where being in the same room with a friend or loved one is becoming a rare commodity, do people still talk to third parties through their phone during that rare time together?

The former question can be answered by taking the futurist approach: texting is essentially telepathy. While natural extroverts typically experience few problems expressing themselves through their physical bodies, introverts tend to have a harder time doing this. Indeed, some couples use texting to facilitate communicating through difficult issues. This method bypasses the body and all its relics from earlier evolutionary stages, and practically enables mind-to-mind communication.

The latter question, however, comes down to identity. Is our identity, our person, limited to the physical sack of meat and bones? Or, does it extend to the digital realm as well? Merriam-Webster defines virtual as: “being such in essence or effect though not formally recognized or admitted”. Spot on in this case. Our identities have undergone the digital transformation and become free of the constraints of physical location. We are now virtually global beings. Unsurprisingly, this is pushing some of us to take a step back and examine what that means, and whether or not we can go back to living in a smaller shell.

How do you feel about your identity going digital? Let us know in the comment section!