You are here:
Renewable energySemiconductors

Manufacturing solar cells traditionally involves complex and costly vacuum-based processes. Now, some industry specialists believe new approaches can cut costs and bring ‘grid parity’ within reach. They urge producers to discover how thermal processes and electro-deposition enable cost-effective high volume thin-film PV production.
Sunlight may be free, but generating electricity with PV cells remains expensive. Hence up to now, countries like Germany, Spain and Japan with large solar sectors have driven growth through subsidies. For instance, paying consumers who ‘feed in’ to the national grid. Even under these conditions, it can take many years to see a return on investment for solar panels.
This leaves the industry with a problem. What if subsidies decline, as has been discussed in places like Spain and Germany? Can the real cost of producing solar energy ever compare with electricity produced using fossil fuels (so-called grid parity)?

In the drive for lower costs, the emergence of thin-film PV technologies helps. Although ‘conventional’ solar cells based on (mono- or poly-) crystalline silicon are more efficient in terms of power generation, manufacturing costs are high at around €1.70 to 2.20 per Watt. And the price of silicon is subject to strongly fluctuating world market prices. 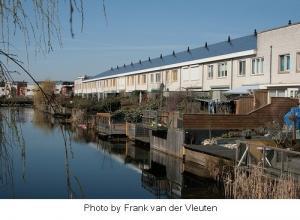 On the other hand, thin-film PV cells that use thin layers of materials such as amorphous silicon, cadmium telluride and copper, indium (gallium) and selenium (CIS or CIGS) deposited on glass substrates are already cheaper to produce.
What’s more, thin-film cells can also be manufactured on flexible lightweight substrates, allowing modules to be integrated directly into buildings or roofing materials. Although this increases the price somewhat, such solutions avoid the structural problems of installing heavy panels and are more aesthetically pleasing.

Of course, there is the efficiency issue. Modules based on crystalline cells are likely to reach efficiencies of 17-19% in future, whereas thin-film will probably be limited to around 13-15%. So there will be trade-offs in achieving an optimal balance between cost and desired output. In applications where space is limited, crystalline may remain the better option, but elsewhere thin-film cells are likely to deliver the best ratio of cost to output.
Ultimately, it’s largely a matter of how much cells cost to produce. “To be economic without subsidy, manufacturing costs have to fall below one US dollar per Watt,” says Michael van der Gugten, of INNPRO, a company specializing in helping manufacturers increase their cost-effectiveness. “Thin-film can go there.”

How can thin-film PV “go there”? Through innovative manufacturing processes, say van der Gugten and his colleague, materials scientist, Dr Jac Vermeijlen. That includes adopting new processes like the use of nano-particles or printing on metal-based substrates. But they also urge manufacturers to explore tried-and-trusted processes like galvanics (electro-deposition). Galvanics are widely used in industries like automotive and aviation parts, but as yet little exploited in thin-film PV.
“Many manufacturers start off with processes such as physical vapor deposition (sputtering) and co-evaporation. Often because they are moving into solar from industries like displays or optical media which use these techniques. But in cost-down terms they are dead-ends,” says Vermeijlen .
“Take sputtering – it’s a vacuum-based process that requires high-end power supplies and expensive consumables in the form of targets. It’s also inherently a batch process. Similar arguments apply to co-evaporation. It works in small-scale production but is very hard to scale up. There are also issues over uniformity of the deposited layer. And because of the extremely high temperatures required for re-crystallization (up to 550° C), you are limited to producing on polyimide substrates which can withstand these temperatures.” 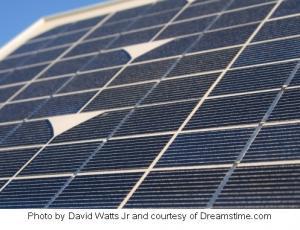 “Some people think of galvanics as a ‘dirty’ process, but nowadays that’s changed. Galvanic processes are routinely used in clean room environments in high-tech fields like MEMs,” says van der Gugten.
“At the same time, you still have all the advantages of these kind of wet chemical processes,” he continues. “Think of electroplating in the automotive industry. These processes are ideal for inline, mass-production of thousands of parts per hours. They are cheap, proven and very large-scale.”
In thin-film solar, electro-deposition frees manufacturers to lay down CIS / CIGS absorber layer materials on all kinds of substrates – glass, metals and plastic foils – and over very large areas. It provides excellent control of deposition rates, uniformity and layer thickness, even allowing for incorporation of selenium in the pre-cursor.
“With a mix of wet chemical processes, thermal processes for semiconductor activation and re-crystallization, and APCVD for the TCO layer, you can cut out vacuum processes entirely,” says Vermeijlen. “That immediately reduces capital investment and operating costs. What’s needed now is a change of mindset, so manufacturers adopt these different techniques.”

A sunny outcome for solar energy?

Certainly, the INNPRO team put forward a persuasive case. The company can also help interested manufacturers with expertise, contacts to suppliers and even to sources of finance and business know-how.
As for us, we look on with interest. The need to tackle climate change is urgent and affordable solar energy has a part to play. New approaches to manufacturing may well help speed the day when generating electricity from sunlight is not only environmentally friendly, but economically attractive as well.